O’Shine ORIGINAL (who has a lovely blog) nominated me for Three Day Quote challenge (long long back). Thank you for nominating me. 🙂 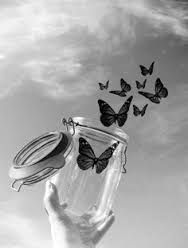 I love this quote. Read War and Peace an year ago. Although it is a long long read. It’s worth reading. Leo Tolstoy is one of my favorite writers. Its not just the story that is engrossing but the honest observation he makes about life in general.

I won’t say that this quote changed me. But it definitely gave me an aim what I would want to change in myself. The idea that every person should be allowed to think or feel whatever they want to and any attempt to do so is futile. You can convince them but that will just be a temporary alteration in his belief system. One can’t feel something just because they should feel it or want to feel it.  It reminds me of another quote by Gandhi (I don’t remember it word to word, just the gist of it) : You cannot force someone to realize the truth, truth must be realized, not forced.

And my opinion is that everyone is biased. They give preference to their own way of thinking. And while we may be busy trying to convince someone of how wrong they are, we fail to notice that there is as much chance that we may be equally wrong ;if there is something ‘wrong’ in the world. As I read somewhere: The opposite of an absolute truth is another absolute truth.

So lets stop trying to change everyone and let them live the way they want live.